The Stages of Verla

The Verla Groundwood Mill was established in 1872, and the Board Mill in 1882. The mill produced groundwood pulp and white wood pulp board. Production ended at the mill in 1964, and in 1972 the Verla Mill became Finland’s first factory museum.

The founding of the Groundwood Mill

The founding of Verla Groundwood and Board Mill at the beginning of the 1870s coincided with the harnessing of the power of the great Kymenlaakso rapids for the wood processing industry. Verla was set apart from the other large mills, however, in that it was built beside small rapids where growth opportunities were limited.

The first groundwood mill in Verla was founded in 1872 by the Finnish engineer Hugo Neuman, who had studied in Zurich, Switzerland. He built his modest groundwood mill in a flour mill he had bought from farmers in Jaala. The groundwood pulp produced at the mill was a new product, which at the time was replacing traditional cotton rag as the raw material for paper. However, Neuman’s career at Verla was short-lived, as a fire destroyed the mill in 1874 and the young manufacturer returned to working for the railways. 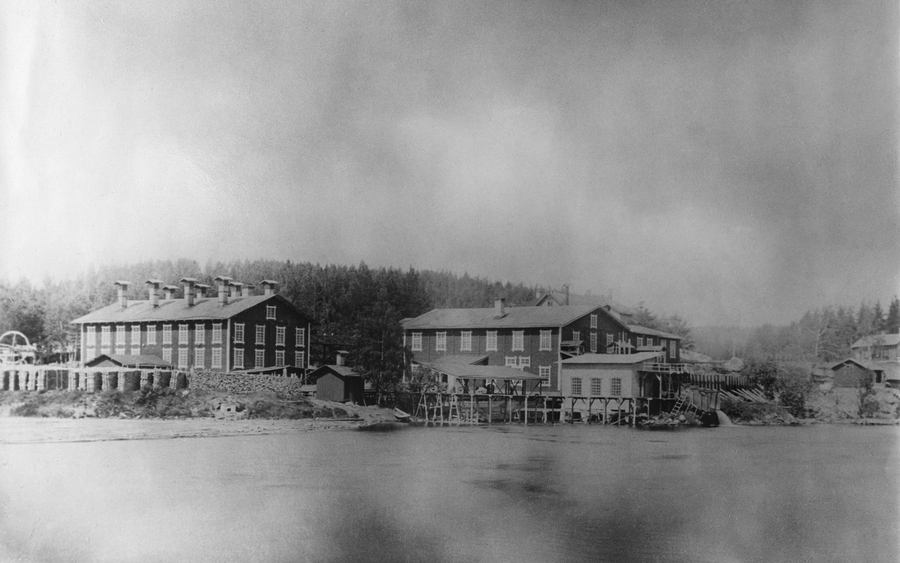 The Board Mill opens

In 1882, Gottlieb Kreidl founded a new groundwood mill and board mill at Verla. In addition to Kreidl, Louis Hänel and the consul Wilhelm Dippell were also partners in the Handelsbolaget Werla Träsliperi och Pappfabrik company.

At the end of the 19th century, the Verla Mill’s business was conducted in Vyborg, where Dippell’s office was located. As the heir of a German merchant family, Dippell was a multi-talented businessman. Among other things, he dabbled in the international wine trade and the wholesale of colonial goods. He was also Nobel’s kerosene representative in Eastern Finland.

As time went on, partnership proved to be an unsuitable form of business for the founders of the Verla Mill, and in 1906 the mill was converted into a limited company, Aktiebolag Werla Träsliperi och Pappfabrik. The principal shareholder was the consul Dippell, who died a few months after the conversion to a limited company. His shares were inherited by his brother, the architect Eduard Dippell. The other shareholders were Hänel’s heirs and Kreidl, the mill superintendent, who succumbed to a serious illness in 1908. Kreidl left no heirs, so his share of the Verla Mill was transferred to the Austrian government.

The superintendents of Verla after Kreidl: 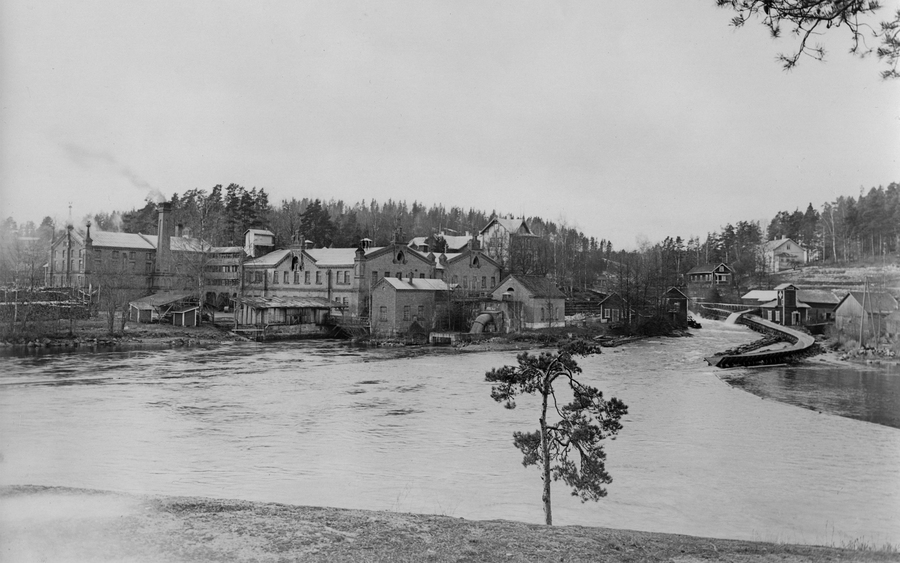 Verla is purchased by the Kymi Corporation

The new owner replaced Verla’s oldest grinder with a modern machine that doubled the mill’s groundwood pulp production. A small hydropower plant was also built at the Verlankoski rapids and, with the exception of the grinders, the machinery at the mill was electrified.

The war years had few effects on the mill’s operations. During the Finnish Civil War, the Reds occupied the mill and the office building, but the buildings and equipment were not damaged. The Reds kept the mill running up until the end of March 1918. Though the mill’s production of market pulp decreased significantly between 1939 and 1945, during the Winter and Continuation Wars, the mill nonetheless achieved record production during the war years, as ammunition boxes were made out of board.

After the Second World War, it was years before the wood processing industry had the opportunity to update its machinery, as there were no funds available for investment. Verla continued operating as it had before, which was important for both production and employment. The decision to harness the Verlankoski rapids for a hydropower plant was made at the beginning of the 1950s. At that time, the operations of the board and groundwood mill started to be limited. At 15:00 on Saturday, 18 July 1964, Verla’s last operating grinder came to a halt. Drying and finishing work continued until September. 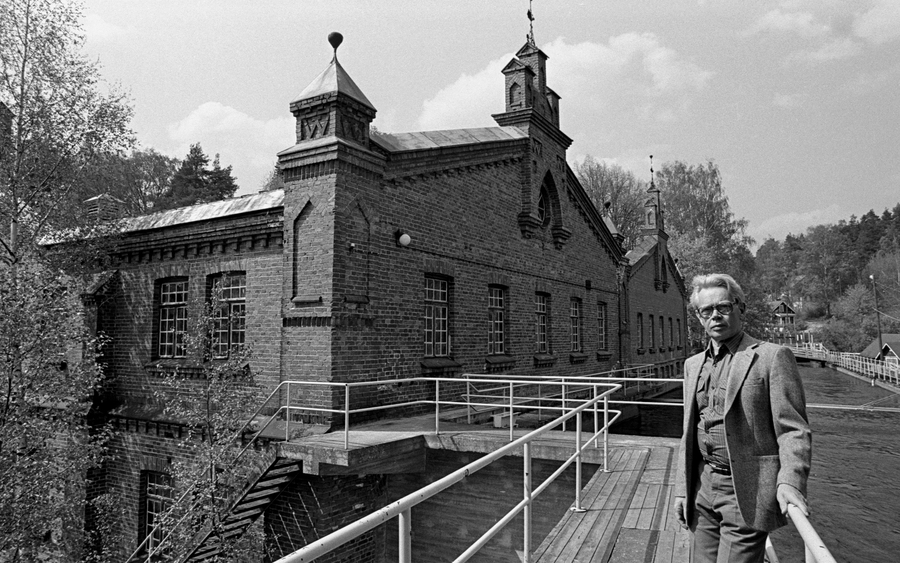 When operations at the Verla Mill were ended in 1964, the question of the fate of the mill buildings arose. A holiday village was established in the area in 1967, but the mill buildings stood empty. In industry, it had been common practice to demolish unused buildings, but in the case of Verla, the situation was more complicated. Already in the 1950s, there had been public discussion of the idea of turning the entire mill into a museum. This was a new idea in Finland, as interest in the preservation of industrial culture was only raised in the 1970s.

The official proposal to transform the Verla Groundwood and Board Mill into a factory museum originated with the company that owned it. Kymi Corporation’s communications and public relations manager Veikko Talvi had admired the architecture and milieu of the old industrial settlement already in the early 1950s when he visited Verla for the first time. Talvi had studied history and was particularly impressed with the mill’s machinery and equipment, as well as by the entire production process, which had remained unchanged since the late 19th century.

Talvi started to systematically record Verla’s history. He photographed the buildings, the work methods and the personnel. He also interviewed current and retired workers and collected old photographs and other documentary material. At Talvi’s initiative, a documentary about the mill’s operations was filmed during the mill’s final days. Talvi also wrote the documentary’s script. The Mill Museum’s opening ceremony was held on 14 May 1972.

Previous Next
Your order
If there is an active order you can find it here.